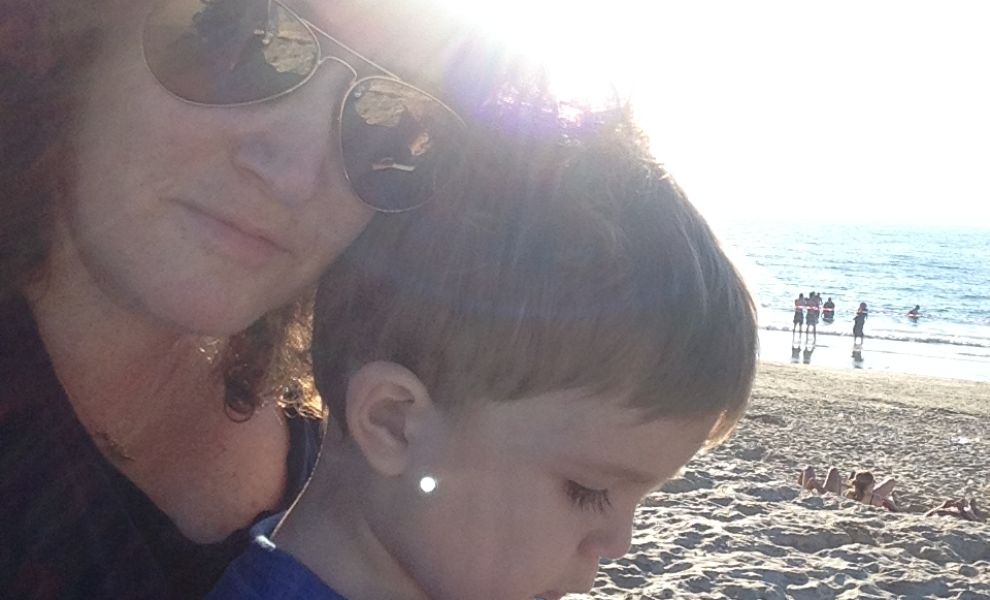 For three long years I attempted to get pregnant, and to carry that pregnancy to term. My whole life I barely knew any children, I was never that interested. But there was no doubt in my mind I wanted to have them. I come from a very strong nuclear family, one I knew I wanted to replicate. At 36 I met my now husband. Two months later we were engaged. Three months after that we were married, and I was eight weeks pregnant.

We had a beautiful, happy wedding, most of which I spent slightly shellshocked that I was actually (finally) getting married.  Four days later I miscarried. This was to be the first of 4 miscarriages. As I write these words I pray to my god that that number is final.

For three years my life revolved around my reproductive system, or lack thereof. We did so many rounds of IVF I eventually stopped counting. Each month I injected myself with rising levels of hormones; by the end of the round I could barely find enough space in between bruises on my stomach to stick in yet another needle. My brain was mush. It was overflowing with hormones and felt like it was floating in formaldehyde. I was Jekyll and Hyde. You did not want to be my husband.

What I gradually learned is that going through IVF is not a yes/no equation of success or failure. Every single round is a long, drawn out, heartbreaking process. There are half a dozen fault points, each of which can bring the round to a screeching halt, delivering what feels like a huge “FAIL” sign straight to your barren door. Every ultrasound, every blood test, every invasive procedure, poses the option to fail. Each gives you a small heart attack. Every ultrasound which is not a fail feels like a win. Until the next one, two days later. You wonder if you’ll even get to the next step in the process, never mind an actual pregnancy, which feels unachievably far.

Fertility treatments ravage your body, your soul, and sometimes your relationships. During my years of IVF I founded a startup, raised funding and got the business off the ground. But I still couldn’t do what almost every other female on the planet could, regardless of their intelligence or ability. It made me want to punch a hole through the wall. To scream my lungs out. Sometimes it made me want to go underwater for long, long periods of time.

My story has a happy ending. My son turned two last week. Being his mom has been a revelation. The depth and breadth of feeling that his existence has introduced me to leaves me breathless, daily. He has pulled aside curtains to worlds I didn’t know existed. Some days I’m too tired to think or feel. But most days I am amazed by the fortune bestowed upon me to have this little human in my life.

Needless to say, I can only experience my own parenthood. So I can’t say, and wouldn’t say, whether the hell I went through to have a child makes my joy greater than someone else’s. But what I can say is this: knowing myself, I know that my journey makes me appreciate this incredible gift exponentially more than if it had gone as smoothly as it does for most of humanity. It makes me not take my child for granted, ever. It makes me stare at him in wonder and it makes me ridiculously emotional at completely inappropriate moments. And it makes me more thankful that I ever thought I could be.