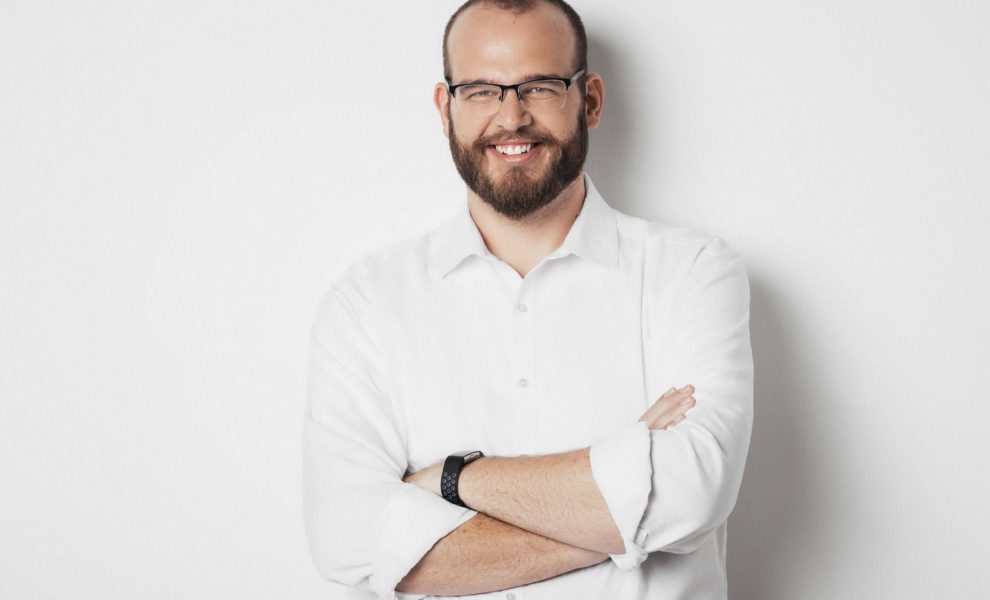 They tell you, to your face, that being overweight can lead to health problems.

So with my heart racing, arm tingling, and vision fading, all I could think was: am I dying at 33 because of pizza and burgers?

Over the next decade or so, I’d lose and gain, always in that order. I told myself that I didn’t care, I developed a hardy personality to match my exterior whilst always professing that I would do something about it.

I ignored the warnings: threats by doctors, extra checks to receive health  insurance, the heartfelt begging of a close friend and colleague who was more concerned with my health than I was. It wasn’t just words, friends gave me gifts of nutritionists and personal trainers, but still, I shrugged it off.

And then there were consequences: chest pains, blood pressure medications, and the fateful lunch. My hearing faded, my heart raced, and I started calculating if I should cry out for an ambulance before I passed out or if it was faster to try and make it to the medical center two blocks down the road.

The 30 seconds that felt like 30 minutes came and went.

The feeling passed, I didn’t need an ambulance, but now I was scared. Over the following weeks, I developed a healthy sense of hypochondria. I felt like Richard Kind’s character from the show, Scrubs. I visited my doctor twice a week, I demanded more and more tests, never satisfied with a negative result.

Until, I finally accepted the situation, and started to lose weight the old fashioned way: eating less food. That was its own journey, I regularly slipped up, and came to understand that you can be addicted to food. The initial results were swift with 15 kilograms shed in three months. It felt good, but my other numbers wouldn’t budge, my blood pressure wasn’t any lower, my snoring wasn’t any softer, my chest still hurt.

Frustrated by this lack of progress and fearing an inevitable return to bad habits, My doctor pushed me to consider the surgical option: a vertical sleeve gastrectomy, a significant and permanent reduction in the size of my stomach. The giving up of being able to eat a large pizza on my own, forever, in return for the chance to have a one-time reset of my eating pattern.

I had research to do…

Looking up any surgery online is akin to searching generic symptoms on WebMD, the more you search, the more you’re convinced you’re dying of cancer. Never mind my incredibly low pain threshold and massive dislike of needles, this surgery was a serious and irreversible decision.

I started eating more just thinking about it!

The doctor’s next step was to talk to my wife and ask her to agree to the same surgery. Her story is her own, but there were good reasons for her to consider the same procedure, and generally, the chances of success are significantly increased if both members of a family are forced onto the same eating plan.

The online forums suggested that the divorce and separation rate after the surgery was quite high because it’s hard to suppress the urge to pick up your spouse’s burger and throw it at the wall in a fit of rage whilst sipping on your clear broth for the four thousandth time.

We took the two-for-one, I went first. The day we signed the paperwork for the surgery, I demanded we go out and celebrate by eating the biggest and cheesiest nachos we could find. The start of a season of, “just one more…”

The surgery isn’t fun, physical recovery is quick, but re-learning to drink even a glass of water is an emotionally demanding process.

But then something happened, my wife woke me up on the first night home from the hospital, terrified that something was wrong: I’d stopped snoring, after 20 years! Within a week I was already being weened off blood pressure medications. Anyone who thinks the surgery is a silver-bullet or the cowards way out, is an idiot, I would have been much better off taking care of myself in my younger years, but the damage was done, and having tasted the (false-alarm of) death, I was willing to resort to more drastic measures to change things around.

It’s only been 9 months since the scare, I’ve got a way to go in terms of losing weight, and a lifetime of vigilance to keep it off. Slowly I’m telling people about the surgery, realizing that there’s no shame in acknowledging a problem and a surgical solution if that’s what turns you around.

Now I’m starting to see what they call, “Non-Scale Victories,” where you realize you’ve lost weight by something other than the numbers on the scale. Sometimes it’s a small thing, like realizing you fit in a plane seat without spilling onto the armrests, or sometimes it’s something bigger.

For me it was clothes, I used to go into stores like GAP and ask if they had anything that fitted me. My size was rarely stocked in the store, and it’s a crapshoot as to what will look okay. So when I found something that fit, I always asked them to see if they had the same style in a second color. A week ago, I asked this question and the bewildered clerk looked at me like this was my first time in a shop: turns out when you fit a regular size, you can pick anything you want in the store. All the styles, all the colors, all the credit card debt. I’m still not used to that.

I want to see more victories like this, I don’t want to look back in 5 years in regret at the surgery or even this blog post. Most important of all, I’m more confident that I’ll be around in 5 years to look back at all.