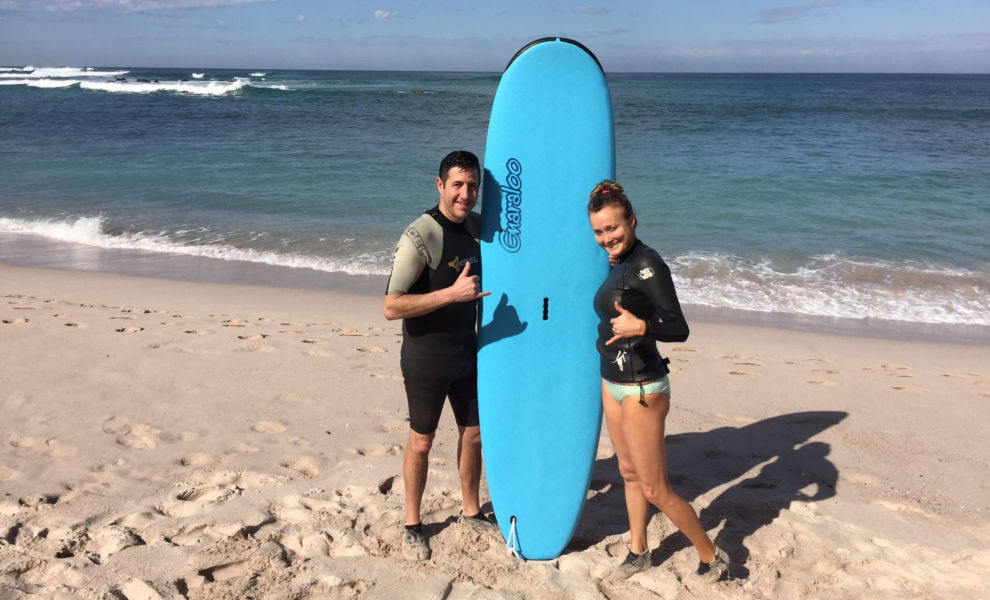 A wave woke me up.

I went to a medium once who told me that I am like a “running dog”, like a Labrador that needs to bound around in a field for hours every day.  That little insight into MY nature woke me up.  But, if you had told me I’d be sitting with a medium 20 years ago I would have laughed out loud.  I was asleep then though.  Most of the time, if not all of the time, I was blindly barreling down a railroad track that I had laid out for my life.  I had deliberately, laboriously placed each rail.  The fast track.  College, law school, prosecuting attorney, marriage, a baby, a house in the suburbs before my 24th birthday.  I was arguing a murder case at the age of 21.  Waving a Tech 9 in front of a jury, insisting that the gun choice was direct evidence of intent to kill. Looking back I can see I had barely started to live.

Even back then, I liked “going into the field”.  I’d jump at the chance to go out to a crime scene to avoid grinding it out behind 4 walls, under fluorescents blocked in by a desk.  It makes more sense to me now that I know being in nature wakes me up.

It’s the wave that stays with me.

That keeps me awake in those moments when life forces me to go inside and sit down.  The imprinted memory of the motion, the mass.  The in and out, rhythm of the earth, manifested in sparkling blue breaths of the wave.  I understand rhythm.  My soul feels it.  It’s the allowing to feel that challenges me.  But, the wave taught me I can feel it.  Especially when I’m in motion.  I met the wave in San Diego at a surf lesson.  I know it sounds cliche, but it’s my authentic story.  I’m a girl from Kansas City so surfing was, and is, a mysterious frontier for me.  I’m not very good at it.  Logging the hours in the ocean that it takes to become adept is difficult from the middle of the country.

But, every chance I get, I’m out there.  Mainly because of the awakening experience I had in that first lesson off the coast of Coronado.  I was getting worked over by the waves.  They dumped me the second my feet hit the board.  Once, swim back, twice, swim back, three times and many more times I got a face full of wave and drank a gallon of salt water.  I understood intellectually exactly what I needed to do to ride the wave.  I have a background in gymnastics and dance and am a decent athlete, but I wasn’t even lasting a second.  I didn’t get  why I couldn’t do it.  At all.  Exasperated, I asked the surf instructor for a tip.  His response knocked me off balance even more than the waves that had been tossing me about.  “You are trying to surf perfectly.  And, there is no perfect in surfing.  There is only the wave and how you feel it in the moment.  There is no perfect because every wave is different and that will look and feel differently every time.  You have to move in sync with each unique wave.”

For whatever reason, I finally got it.

I’m sure people had tried to tell me the same message many times.  You have to love yourself first.  Just be yourself.  Walk your own path.  You’d think that the birth of my 3 children, the passing of my dear grandmother or the horrific criminal prosecutions I had stewarded, something like that, or something more traditional, would have made me hear the message.

Maybe it’s because I’m a running dog that it was finally the motion that made me get it.  The world’s wave rhythm that woke my soul up.  Or, being in nature.  Whatever it was, I finally heard it.  Or, more accurately, felt it.  And, the next wave, I let go.  I felt its energy build beneath my feet.  I forgot perfect.  I forgot how “I was supposed to look”.  And, I rode it.  I moved with it.  I was in sync.  I was in sync with that wave, with the ocean, with the universe, with my very own soul.  I think I was only up for maybe a minute before I crashed again.  Any real surfer would have considered it a total fail.  But, to me it was epic.  Those seconds that I was in sync, that I had rode the wave were the most brilliant moments.  I had felt it.  I was awake.  And, a rush of overwhelming gratitude for that wave and that surf instructor and that beautiful moment swept over me.  Tears streamed down my face as I scrambled to pull my body back on the piece of fiberglass that had carried me to my connection.

As I paddled back to the instructor, it hit me that I wasn’t just trying to surf perfectly, I was trying to live perfectly.

I had spent so much energy intensely devoted to living according to a perfect plan, a perfect blueprint, a track.  I had even referred to it as a track.  Track to college, track to law school, track to white picket fence.  And, I was barreling down with black smoke spewing on my perfect track.  No wonder I was getting tossed off my board.  I was ignoring the wave beneath my feet that was shouting at me to wake up and pay attention.  To ride it.  To ride life.  Not plow through it.

So, now among many, many other changes I’ve made to stay awake, I go to mediums.  I go to my therapist.  I meditate, I eat vegan, I do yoga, I travel, I read self-improvement books and poetry, I listen to podcasts, watch Ted Talks and documentaries, I write, I make films, I surf, I spin, I play golf, tennis, volleyball or any sport that keeps me bounding through the field, and I pray.  And, my prayer for myself and prayer for my fellow human beings is to wake up and ride the wave of life because contained within the wave is the real blueprint, the real track to be uncovered moment by moment and delivered by the ocean, by nature, the universe, God, or whatever label works for you.

I still fall down all of the time.  But, those precious seconds when I’m moving, flying, running, playing with the sparkling wave, awake and alive are brilliant, indeed.